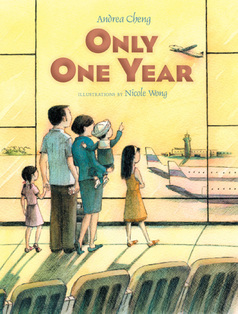 In Only One Year, Sharon is dismayed to learn that her two-year-old brother, Di Di, is being sent to live in China with his grandparents for a year. In this BookTalk, the author talks about families—her own and those of her students—and the ways they live and raise children.

In Shanghai Messenger, you tell the story of a girl going to Shanghai for a summer. In Only One Year, you tell the story of a girl left behind when her brother goes to Shanghai—in a way, two sides of a story. Did Shanghai Messenger influence you to write Only One Year? What was it like looking at a situation you’d dealt with before, but from a different perspective?

I didn't think specifically about Shanghai Messenger while working on Only One Year, but many of my stories deal with separation. Shanghai Messenger, The Key Collection, Grandfather Counts, Goldfish and Chrysanthemums, Eclipse, and The Bear Makers all include family members who are separated by thousands of miles of ocean. Maybe this theme resonates with me because of my own family situation. When I was a child, my mother was often sad because her father lived behind the Iron Curtain. During the Cold War, we were not able to see him; travel and communication by mail were difficult. My mother's sadness was transferred to me.

My husband's family situation was in some ways similar. My mother-in-law was separated from her entire family in China, and for years she didn’t even know if her parents or siblings were alive.

Recently, I have had several students from Asia, Africa, and Latin America who have been separated from their children. Only One Year comes from their stories. 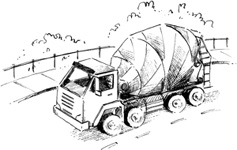 Di Di is sent to China so his caretakers will be members of his extended family, rather than a babysitter, even though this means a separation from his immediate family. Do you see a difference in how family is viewed in different cultures?

In many cultures, family means extended family. Grandparents are an integral part of the lives of their children and grandchildren. In the United States, we tend to segregate people by age. Old people often live in retirement centers or nursing homes. This is rare in China where often many generations live together. One of my husband's uncles who hosted us in Shanghai lives in an apartment with his wife and granddaughter. His daughter and son-in-law live downstairs. Extended family members share everything and make decisions together.

Sending one’s child away for a year will seem like a profoundly different approach to parenting than that followed by most American parents. What do you hope will be the reaction to the book from parents?

How did you learn of this concept of sending children to live abroad at an early age? Is Only One Year based on a family you know personally?

Only One Year is based on the stories of several of my students at the community college where I teach English as a Second Language. I have had students from Asia and Africa who have sent their children back to their home countries to be raised by grandparents for a certain period of time. Only One Year draws from many families, including my own.

Did you travel or live apart from your parents as a child? If so, where did you go, and how did the separation influence you? Did your children spend time traveling or living apart from you?

I never lived apart from my family, but when I was 11, I did go to Budapest, Hungary, to stay with my grandfather for about a month. I was nervous on the way, but once I got there, I felt immediately like I had found a new big family. My children never lived apart from us until they went to college, but we did take them to China once to meet their extended family. I think it affected all of them, especially our son, Nicholas, who is now living in China. He visits his uncles, aunties, and cousins in Shanghai and Beijing. He has been touched by the warmth and kindness of his extended family in China.

The dialogue between the two sisters seems so real! Do you have siblings? Did you get along with one another as children?

I have a sister who is two years older than me, but I think the dialogue in the book is more based on the way my own daughters, Jane and Ann, talked to each other at the ages of Sharon and Mary.

I love writing chapter books. The short chapters are fun to write, almost like vignettes. The pace of chapter books is faster than middle grade or YA novels. I think the most fun part to write is the dialogue. I can hear the voices of the characters in my head. When I finished Only One Year, I missed Sharon and Mary and Di Di.

Only One Year has so much about my family in it. I really enjoyed writing the parts where the children make things, like the miniature house. My sister and I did this, and so did my daughters. It feels so real to me. I also made little books as a child, like the girls do in the story when they make a book for their little brother. Jane and Ann loved making books too. So, although the situation in the book is not based on my family, many of the details are.

What do you want young readers to take away from Only One Year?