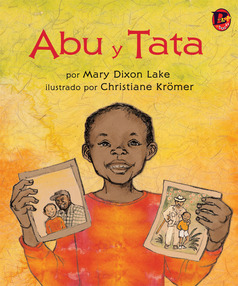 Web discounts do not apply to Bebop books

was born in New York City and currently works as a Reading Recovery® teacher in the New York public schools. She has written several children’s books and was inspired to write this one when she found a photo of her son at three years old, eating a peach and covered with juice. Mary lives in Bronx, New York, with her husband, their two children, and their cat Tiger.

was born in Erfurt, Germany. She moved to the United States and earned a degree in illustration from Parsons School of Design in New York. She has illustrated several books for children. In her free time Christiane enjoys watching people in the subway and traveling, especially to Japan. She lives in Brooklyn, New York.