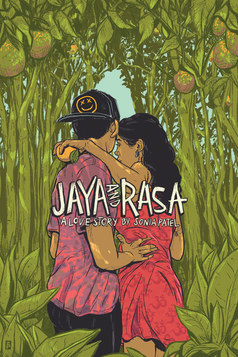 Jaya and Rasa: A Love Story

Seventeen-year-old Jaya Mehta detests wealth, secrets, and privilege, though he has them all. His family is Indian, originally from Gujarat. Rasa Santos, like many in Hawaii, is of mixed ethnicity. All she has are siblings, three of them, plus a mother who controls men like a black widow spider and leaves her children whenever she wants to. Neither Jaya nor Rasa have ever known real love or close family--not until their chance meeting one sunny day on a mountain in Hau’ula.

The unlikely love that blooms between them must survive the stranglehold their respective pasts have on them. Each of their present identities has been shaped by years of extreme family struggles. By the time they cross paths, Jaya is a transgender outsider with depressive tendencies and the stunningly beautiful Rasa thinks sex is her only power until a violent pimp takes over her life. Will their love transcend and pull them forward, or will they remain stuck and separate in the chaos of their pasts?