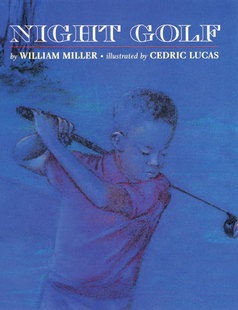 James loves sports, but he's too short for basketball and too small for football. However, he finds an old golf club one day, and quickly realizes that golf comes naturally to him.

When James goes to the town's golf course to learn more about the game, he discovers that only white people can play. In fact, African Americans are allowed onto the course only as caddies, carrying the heavy bags. Thinking fast on his feet, James applies to become a caddy.

James is worried that he'll never get to play. Then he meets another African American caddy and learns that there is a way: to play at night.

Based on the true stories of many African American golfers of the late 1950s, Night Golf reveals a little-known part of American sports history. It is also a timely reminder that the love of the game was once hard-won by some before it was enjoyed by many.