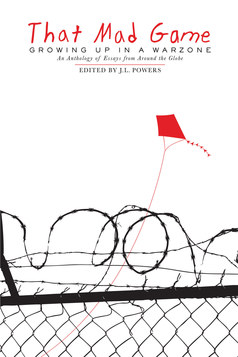 That Mad Game: Growing Up in a Warzone: An Anthology of Essays from Around the Globe

What's it like to grow up during war? To be a victim of violence or exiled from your homeland, culture, family, and even your own memories?

When America's talking heads talk about war, children and teenagers are often the forgotten part of the story. Yet who can forget images of the Vietnam "baby lift," when Amer-Asian children were flown out of Vietnam to be adopted by Americans? Who can forget the horror of learning that Iranian children were sent on suicide missions to clear landmines? Who wasn't captivated by stories of the "lost boys" of Sudan, traveling thousands of miles alone through the desert, seeking shelter and safety? From the cartel-terrorized streets of Juárez to the bombed-out cities of Bosnia to Afghanistan under the Taliban, from Nazi-occupied Holland to the middle-class American home of a Vietnam vet, this collection of personal and narrative essays explores both the universal and particular experiences of children and teenagers who came of age during a time of war.