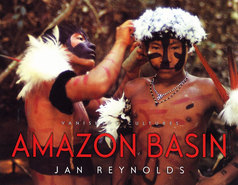 Tuwenowa lives in the heart of the Amazon River Basin, home to the largest tropical rain forest in the world. For Yanomama people such as Tuwenowa and his family, the jungle provides everything they need — from thatching for their huts to the tropical fruits, animals, and fish they eat.

The rainforest is the birthplace of the centuries-old traditions of Yanomama culture. The people celebrate life with songs of thanks and mark death with special rituals. By learning these customs from his father, a tribal shaman, Tuwenowa hopes to uphold the Yanomama way of life as he grows up.