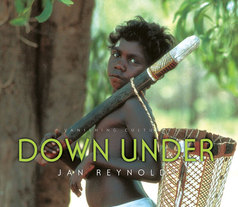 Vanishing Cultures: Down Under

Amprenula, a young Tiwi girl from an island off the Australian coast, gathers food with her mother. Amprenula lives closely with the land, just as her people have done for thousands of years, taking only what they need from the forest and the ocean around them.

For the Tiwi and other Aborigines, the land is sacred. It connects them with their ancestors and the beginning of creation. As Amprenula combs through the forests and mangrove swamps, she is proud to travel along the same paths, sharing the same land, as her ancestors from centuries ago.