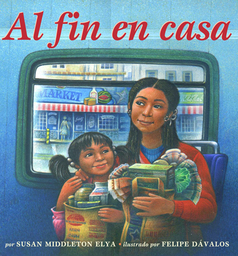 Translated into Spanish from Home at Last.