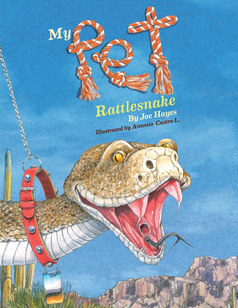 One day little Joe sees a rattlesnake in trouble and saves the snake's life. Things start to get weird when the rattler follows Joe home. It's only a rattlesnake, nothing new for a desert boy like Joe, so he keeps him as a pet. His dad is annoyed and the neighbors are terrified, but soon the friendly snake slithers his way into their hearts. The snake cuddles at the foot of Joe's bed, plays in the yard, and even scares away a burglar and alarms the police--what a charmer!

Is there really such a thing as cold-blooded love?