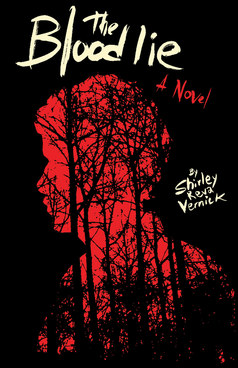 September 22, 1928, Massena, New York. Jack Pool's sixteenth birthday. He's been restless lately, especially during this season of more-times-at-the-synagogue than you can shake a stick at. If it wasn't Rosh Hashanah, then it was Yom Kippur, and if it wasn't Yom Kippur, it was the Sabbath. But temple's good for some things. It gives him lots of time to daydream about a beautiful but inaccessible Gentile girl named Emaline. And if she isn't on his mind, then he's thinking about his music and imagining himself playing the cello with the New York Philharmonic. Yup, music is definitely his ticket out of this remote whistle-stop town--he doesn't want to be stuck here one more minute. But he doesn't realize exactly how stuck he is until Emaline's little sister Daisy goes missing and he and his family are accused of killing her for a blood sacrifice.

Blood Lie was inspired by a real blood libel that took place when a small girl disappeared from Massena, New York, in 1928, and an innocent Jewish boy was called a murderer.