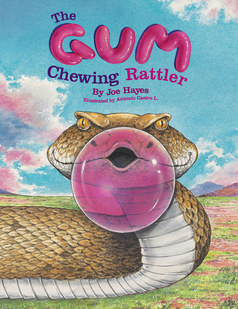 When Joe Hayes was a boy, he chewed lots of bubblegum. His mom would get so mad when the gum in his shirt pocket made a terrible mess in the wash.

But one wad of bubblegum just happened to save Joe from a rattlesnake's bite. Could you believe it? It really did happen!