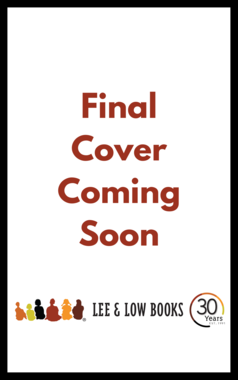 Fourteen-year-old Taína just learned that she is a descendant of a long line of strong Taíno women, but will knowing this help her bring peace and justice to her family and community?

Despite her name, Taína Perez doesn't know anything about her Taíno heritage, nor has she ever tried to learn. After all, how would ancient Puerto Rican history help with everything going on? There's constant trouble at school and in her neighborhood, her older brother was kicked out of the house, and with her mom at work, she's left alone to care for her little brother and aging grandmother. It's a lot for a 14-year-old to manage.

But life takes a wild turn when her abuela tells her she is a direct descendant of Anacaona, the beloved Taíno leader, warrior, and poet, who was murdered by the Spanish in 1503. Abuela also gives her an amulet and a zemi and says that it's time for her to step into her power like the women who came before her. But is that even possible? People like her hardly make it out of their circumstances, and the problems in her home and community are way bigger than Taína can manage. Or are they?

A modern tale with interstitial historical chapters, The Moonlit Vine brings readers a powerful story of the collective struggle, hope, and liberation of Puerto Rican and Taíno peoples.

Elizabeth Santiago grew up in Boston, MA with parents who migrated from San Sebastián, Puerto Rico in the 1960s. The youngest of nine, Elizabeth was entranced by the stories her mother, father, aunts and uncles, and community elders told her. Later, she sought to capture and honor those narratives and share them with the world. She earned a BFA in creative writing from Emerson College, a master’s in education from Harvard University, and a PhD in education studies from Lesley University. She still lives in Boston with her husband Kevin and son Ezekiel, but travels to Puerto Rico as often as she can to feel even closer to her ancestors, culture, and heritage. Find her @liznarratives