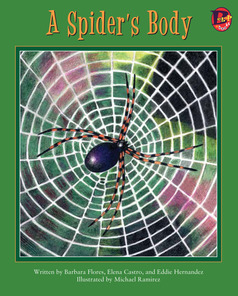 A spider’s body has several parts. This book shows the parts of the body and how a spider uses them.