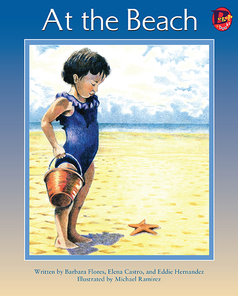 You can see many things at the beach, but you also need to be careful about something you may not see!