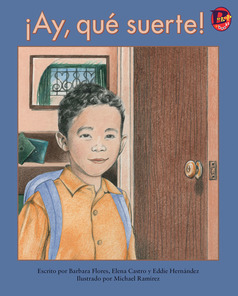 This boy is headed to school on Monday. Read to find out if the day brings him good luck or bad luck.