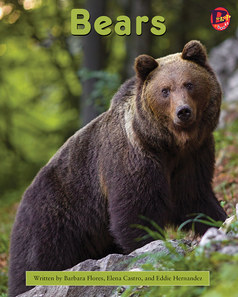 Open this book to learn about all the different species of bears in the world.