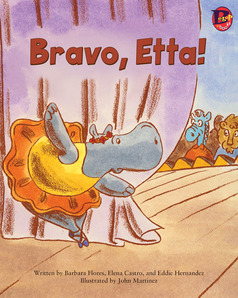 Etta was going to dance in a ballet recital. Read to find out what happened as she got ready with her mom’s help.