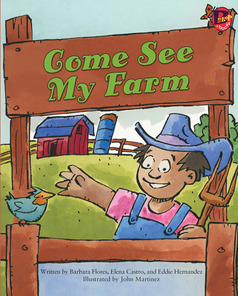 Many baby animals live on a farm. In this book you will meet some of them.