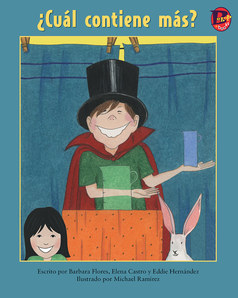 Do you know how liquids are measured? Come join this magician, who will show you how.