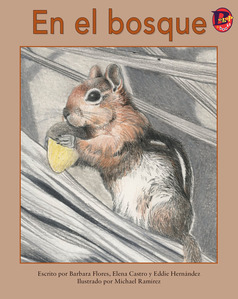 Many animals live in the forests of North America. You can read about some of them in this book.