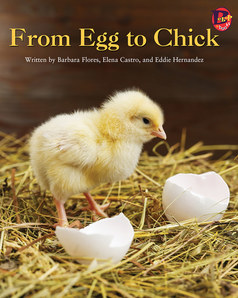 From Egg to Chick

Read this book to learn about some of the stages in the development of a chick.