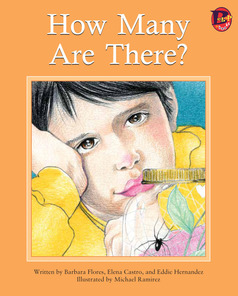 How Many Are There?

A boy collects and counts his favorite little creatures.