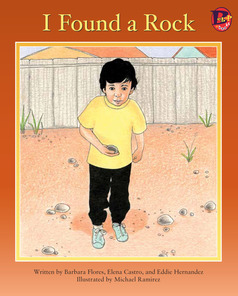 I Found A Rock

A boy who gathers rocks makes them into special additions for his collection.