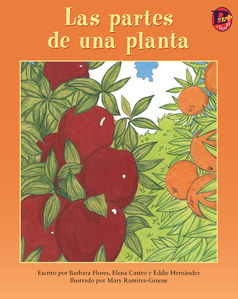 Plants have many parts. In this book you will find out why each part is important.