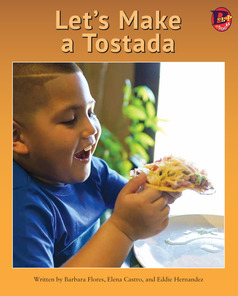 A boy shows how to make a delicious snack—a tostada!