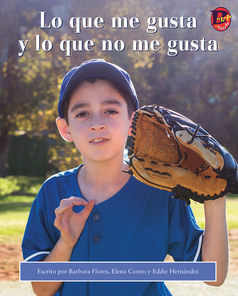 Lo que me gusta y lo que no me gusta

Read this book to find out what this boy likes and what he doesn't like.