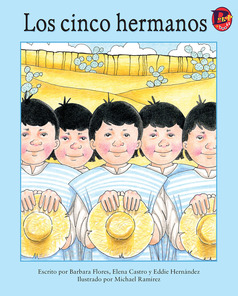 Five brothers live on a farm. Read to find out what each of them does there.