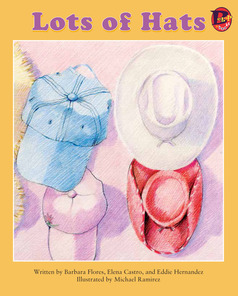 A girl and her father have lots of matching hats. This story tells what they do when they wear each won.