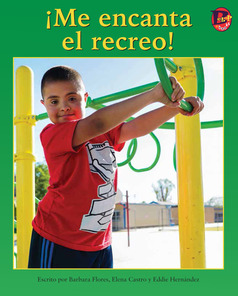 A boy shows us some of the things he likes to play during recess.