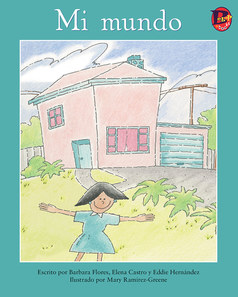 Read this book to find out about all the parts of this girl's world.