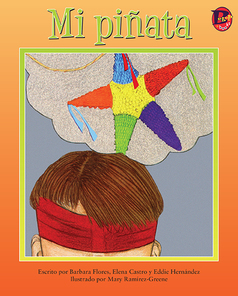 Piñatas come in different shapes and sizes. Which piñata will a boy choose for his party?