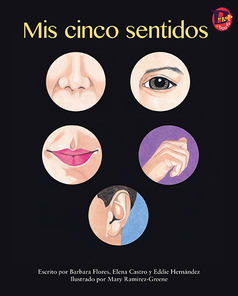 Can you name your five senses? This book shows what you can do with each of them.