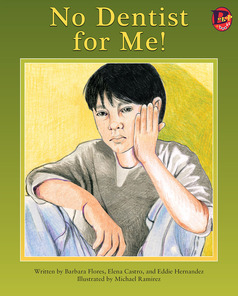 No Dentist for Me!

A boy needs to go to the dentist. See what he imagines might happen at the dentist’s office.