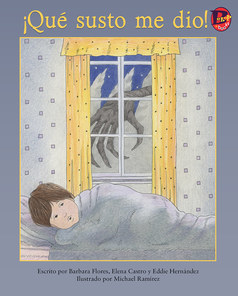 This boy was so scared. Read this book to see why he felt this way.