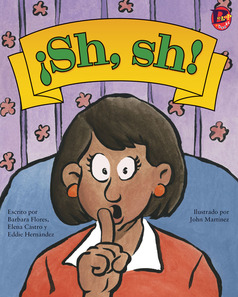 What are all these animals doing near the house? Read this book to find out.