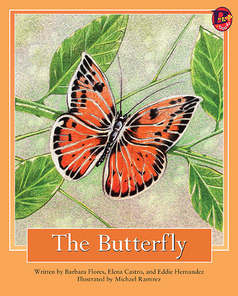 Do you know how a butterfly is born and grows? Read this book to find out.