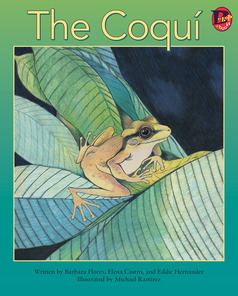 Read this book about the coquí, a tiny tree frog, to find out what makes it famous.