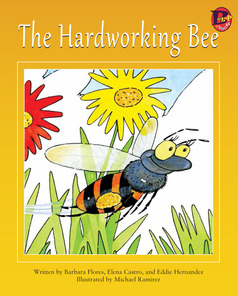 This book shows how bees work hard to help the whole beehive.