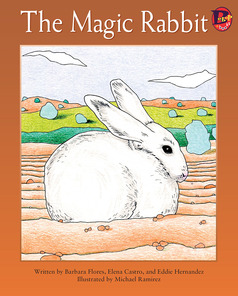 See what happens when a magic rabbit is asked to grant too many wishes.