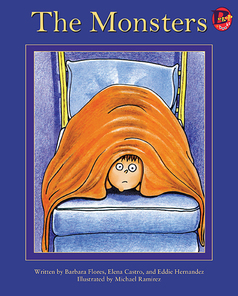 A girl says there are monsters in her room. Read to find out where she thinks they are.