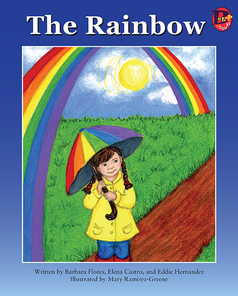 What colors do you see in a rainbow? Read this book and learn what they are.