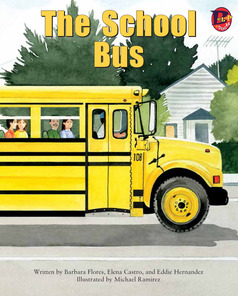 Read to find out about the parts of a school bus and where it goes every day.