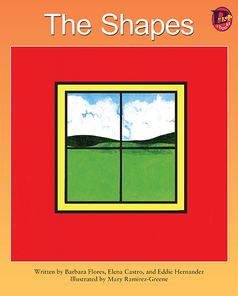 This book will show you that shapes are everywhere all around us.