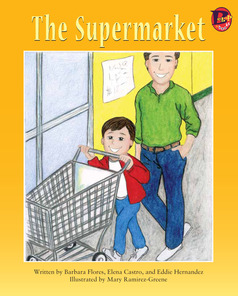 A boy and his dad go to the supermarket to buy food to make a delicious meal.