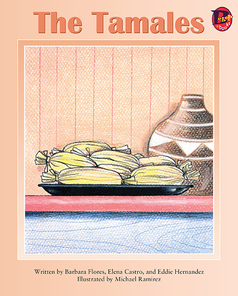 Tamales are delicious. This book tells you how to make them.