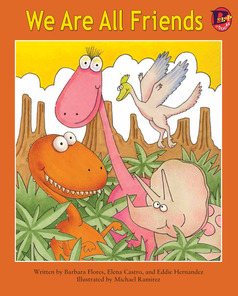 We Are All Friends

Three dinosaur friends talk about how they are the same and different.