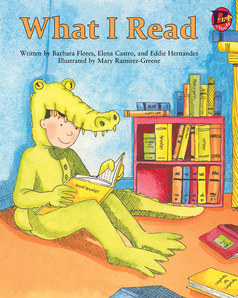 This boy likes to read before going to sleep. With each story, he takes an imaginary trip.