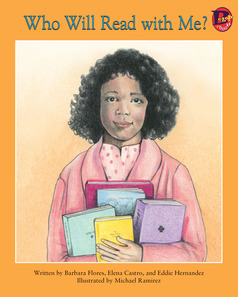 Who Will Read With Me?

Teresa wants to share her books, but everyone in her family is busy. Read this story to see what happens.