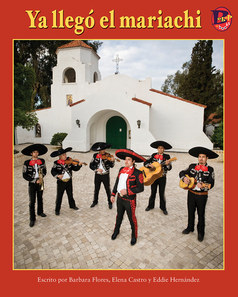 This musician is playing with a mariachi. Read this book to find out all about mariachis.