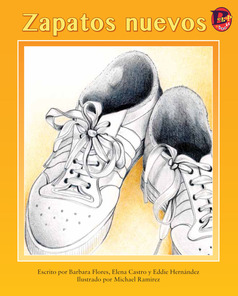 A boy is proud of his clean, new shoes. But once he starts to play, his new shoes get dirty.